Introduction
Fetal growth and development is largely dependent on placental functionality. ECM remodeling, regulated among others by transglutaminases (TGs), participates in proper formation and function of the placenta. Expression of Factor XIII (FXIII), a prominent TG isoenzyme has been demonstrated at the embryo-maternal interface during early implantation. We therefore aimed at exploring the possible involvement of FXIII in placental function.

Methods
Blastocysts were subjected to a lentiviral transfection protocol (1) infecting them with control or FXIII OE vector and then transferred into the uteri of foster mice. The pregnant dams at embryonic day 16.5 (E16.5), carrying either control or FXIII OE placentae were subjected to a hyperoxia-to-hypoxia challenge by which the fraction of inhaled oxygen level was reduced gradually from 100% to 10%. Hemoglobin (Hb) and oxyhemoglobin (HbO2) saturation data was acquired using Multispectral Optoacoustic Tomography (MSOT).

Conclusions
Placental FXIII OE caused a significant reduction in the Hb and HbO2 levels compared to the control. Hypoxic challenge of 10% O2 in FXIII OE placentae resulted in an impaired response of the HbO2 that fails to release the bound oxygen into the tissue. Overall, it appears that placental FXIII OE affects Hb and O2 levels as well as Hb saturation. These changes further implicate FXIII changes in placental dysfunction and impaired oxygen transport to the developing embryo. 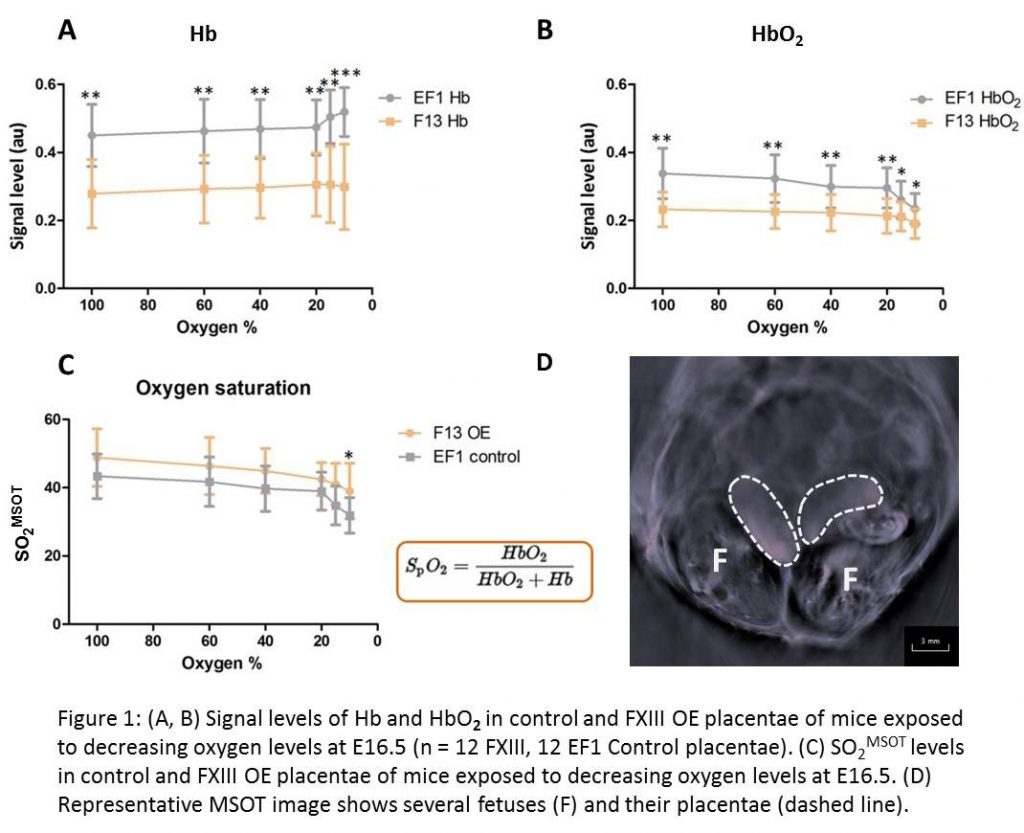